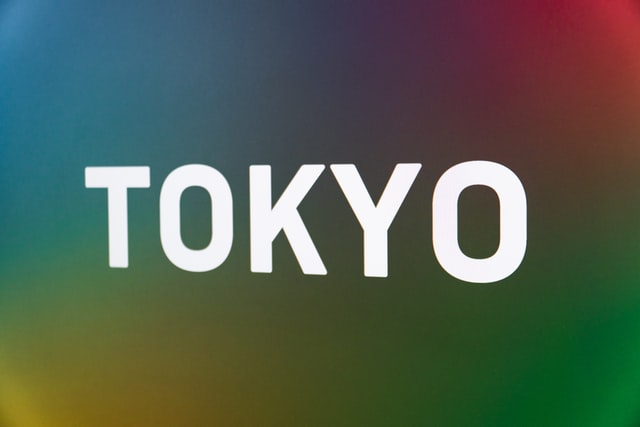 Bouldering has never appeared at the Olympics, 2020 was the year it was supposed to happen, and then it didn’t. Just like many things in this awful year. Nevertheless, there is light on the horizon and we should be seeing the vaunted games in Tokyo in the summer of 2021.

What must be noted is that bouldering is one of three disciplines that combine for the overall climbing medal. These are lead climbing, bouldering, and speed climbing. You can read more about this further down the page.

Olympic climbing is perhaps a better way to call it. Yet, we are boulderers at heart! Even so, there is great excitement within the community and the sport will finally be broadcast on the world stage.

Bouldering at the Olympics – All the Key Info

As this is the first time bouldering and climbing has ever been at the Olympics you will need some key info. When, where, who, and what will take place are all important questions.

When is Olympic Climbing Scheduled?

The Olympic Games were due to be held in 2020 but were postponed due to the pandemic. Now, the Games will take place between July 23 – August 8. All of us at TopBouldering are look forward to next summer!

Where is Bouldering Taking Place?

In Tokyo, Japan! Aomi Urban Sports Park to be exact. As part of the Tokyo Olympics, it makes sense! In all seriousness, it promises to be a wonderful Games. 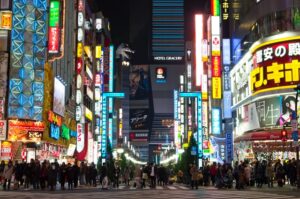 Who is Taking Part?

Further down the page, you can see who qualified. This comprises of 20 men and 20 women, with a maximum of two climbers per country (for each gender). This means that some big names have missed out!

What is Olympic Climbing?

As we mentioned, bouldering at the Olympics is only one discipline. Speed climbing and lead climbing make up the others.

This model is based on the IFSC Climbing World Cup’s Combined Raking. Before 2018, the combined event was determined by combining the scores from at least two disciplines. Since 2018, it is now mandatory that climbers participate in all three disciplines in order to be eligible for the combined competition.

What is unique about this event is that the three disciplines will be combined in a format where each climber must take part in each one. Many climbers opt-out of speed climbing in the World Cup season and it is regarded with disdain by many purists.

The Disciplines of Clibming at the Olympics Explained

We will now have a look at these disciplines more in-depth. Showing you the differences and what to look out for at the Games.

This is the sport we know all about. What is bouldering? To put it basically, it is climbing a short route without any ropes. At the Olympics, climbers will scale walls that are apporximately 3-5 metres high. To complete a boulder problem the climber must maintain control on the final hold.

Lead climbing is slightly different to bouldering. Firstly, the climbers wear a harness and are attached to a rope. Secondly, although the wall is a lot higher. At the Olympics, the climbing wall is set to be between 15-20 metres high. There are around 40-60 holds, with the climbers clipping their rope into pre-set quickdraws. A quickdraw is the two metal carabiners connected with a semi-rigid material attached to the bolted anchor on the wall. The rope runs through the end not attached to the anchor, and if the climber falls it they should stop at where they are last clipped.

Although the aim is to get the final hold, it is likely that very few climbers will get so far. Instead, they will be judged on how far up the wall they go. The climbers are also timed and this plays into the rankings if the scorings are tied.

Most seasoned climbers hate speed climbing. We do too. Even so, it is at the Games, so we need to explain it. For non-climbing spectators, it is perhaps the discipline that is the most exciting. Basically, two climbers line up side-by-side and race up an internationally standardised 15-metre wall. Unlike the other two disciplines, the climbers already know the route they will be climbing, as it is the same in every competition.

There is a buzzer at the top and whoever hits it first wins the heat and advances to the next round of heats. It takes very little climbing skill, instead, the focus is on explosive power and muscle memory. The ‘climber’ who wins this discipline will definitely not win any medals as they very rarely have the ability to complete and hard boulders or lead routes. Nevertheless, for the Olympic audience, it serves as an exciting spectacle.

How are Medals Awarded for Olympic Climbing? – Scoring Explained

The scoring at the Olympics for bouldering and climbing is fairly complicated. Climbers get a combined score from all three disciplines. It is a multiplication of each climbers placement for each event. So, if a climber finished third in bouldering, fourth in lead, and ninth in speed, their score would look like this: 3 x 4 x 9 = 108. Whoever gets the lowest combined score wins. This is simple enough.

This has lead to many climbers strategising on how to attempt each event. As we mentioned, some are stronger in certain disciplines than others. Is it better to win one event and do worse in the others, or is better to be consistent throughout all three, but never win? Only time will tell!

The complications arise in how scores are determined in individual events. In the following sections, we will address this with a detailed overview.

In the final round of bouldering, there will be three problems that each climber has to attempt. They get four minutes per boulder, and in order to complete a boulder, they have to place two hands in a controlled way on the final hold. The leaderboard is determined by the number of ‘tops’ i.e. whoever completes the most problems, wins. If things are tied in this regard, then it will go down to how many attempts each climber took – the fewer the better.

There are also ‘zones’ on each problem and these are also scored. If a climber reaches a zone, but not the top, it can be seen as a half-point. This comes into play when two climbers are tied on the number of ‘tops’, but when they did not complete all of the problems. For example, if boulderer 1 had two ‘tops’, and on the final climb reached a ‘zone’, they will place higher than boulderer 2 who had two ‘tops’ but failed to reach the ‘zone” on the final problem.

Eay to understand, right? Don’t worry, you will get the hang of it quick enough!

Lead scoring is relatively simple. There will be around 40-60 holds on the wall. Each one is worth a point. Naturally, the best result would be to complete the whole climb. In a perfect world, only one climber should be able to do this! If more than one climber reaches the top, then the winner is whoever did it in a quicker time.

When the climber does not finish the route, their placing is determined on how many holds they reached. For example, if climber 1 got to 35 holds, and climber 2 to 25 then climber 1 would win. In order to score a point for a ‘hold’ the climber must be in ‘control’, with a firm grasp. This can sometimes be controversial, as climbers fall or slip, and partial points can be awarded by a panal of judges that observe each climb.

Climbers can be disqualified by skipping a quickdraw clip, or stepping on or grabbing quickdraws or other things that aren’t part of the climb. Although it sounds rare, it happens in nearly every competition, so we expect some tears at the Olympics!

Speed scoring is much more like racing. It is a head-to-head dead-heat, where only two climbers face off at once. Whoever wins the heat advances to the next round, until there are only two climbers left for a final run. The outright winner is the winner of this final.

In order to ‘win’ a heat, the climber must beat their opponent by reaching the buzzer at the top of the 15-metre wall first. They are attached to an auto-belay and race up the wall like sprinters in a race.

The climbers will be split into two brackets for the competition, much like any sports tournament. So some big names could drop out before they get the chance to progress. Overall, for the average view this will be a very exciting prospect.

Which Climbers and Boulderers Have Qualified for the Olympics?

As we have already mentioned, there will be 40 climbers representing their countries at the Olympics, with 20 men and 20 women. Each country is limited to two representatives per gender. In order to qualify for the Games, the climbers took part in many Olympic qualification events, such as the World Championships held in Toulouse and Hachioji by the IFSC (International Federation of Sport Climbing).

At the time of writing, only 16 climbers per gender have qualified, leaving 4 spots available per gender. We will update this list with the completed table when the qualification events have finished.

As you can see, some of the world’s top climbers will be there. Adam Ondra and Tomoa Narasaki are among the favourites for gold. In the women’s category, it has to be Janja Garnbret who is favourite, although Miho Nonaka will be the centre of attention for the Japanese fans.

Climbing at the Olympics – It’s Going to Be Fun!

Whatever happens at the Olympics, watching bouldering and climbing live is going to be a spectacle that has never been seen before. We are really excited as to what will happen!

If you watch the Games live the commentators might use some language you have never heard of before. Check out our guide to bouldering terms to understand a little of the climber jargon.

Furthermore, if you are new to bouldering in general, then our dedicated blog has many articles that can help you understand a little bit more of what you are watching.